Patient with Alar Ligament Injury Travels From Italy for Help

The neck pain was electrical and immediate after the injury.  The headache, dizziness, and confusion are all new.  Your doctors tell you that all your studies are normal.  What is the Alar Ligament?  What is Upper Cranial Cervical Instability?  What are the symptoms of Cranial Cervical Instability? How do you fix cranial cervical instability?  Where is the PICL procedure performed?  Meet CG from Italy.  Let’s dig in.

What Is the Alar Ligament?

What Is Upper Cranial Cervical Instability?

Cranial Cervical Instability (CCI) is a medical condition where the strong ligaments that hold your head to your upper neck are loose or lax (1).  The major ligaments involved are the Alar, transverse and accessory ligaments. The most common causes of cranial cervical instability include trauma and medical conditions that cause people to have loose or compromised ligaments (2). Common examples of trauma leading to CCI include motor vehicle accidents, contact sports, and forceful manipulations by chiropractors.  Ehlers Danlos Syndrome (EDS) is a group of inherited disorders that affect your connective tissues (2).  Symptoms include overly flexible joints that can easily dislocate. CCI is much more common in patients with EDS especially as they age (3).

What Are the Symptoms of Cranial Cervical Instability?

The most common symptoms of Cranial Cervical Instability include:

This is not your normal headache caused by your in laws or excessive consumption of alcohol.  This is a debilitating headache that is constant in duration and that compromises function.

Balance disturbances vary in severity and can make a simple walk down the hall almost impossible at times.

Loss of visual acuity, blurred vision, and changes in peripheral vision can be some of the symptoms in patients with CCI (4).

Patients with CCI  can struggle with memory, concentration, and ability to complete tasks. Every day can feel like your brain is stuffed full of cotton.

How Do You Fix Cranial Cervical Instability?

If conservative options fail to provide improvement the next step is x-ray guided injections into the upper cervical ligaments (5) and upper cervical facets. If these fail many patients are referred to surgery. There are many different types of surgical options all of which include fusion.  The most common is a fusion of the head to the cervical spine, typically at the C2 level.  The procedure is major surgery with significant risks which include eventual arthritis above and below the fusion, misplaced screws in nerves of facet joints, and failure of the bones to fuse (non-union).

Are there effective nonsurgical options?  Yes!

PICL stands for Percutaneous Injection of Cervical Ligaments.  It was developed at the Centeno-Schultz Clinic in 2015 and involves the placement of a patient’s own stem cells into the damaged of loose alar and transverse ligaments. The injection is demanding and requires a high level of skill and experience as the needle is advanced through the back of the mouth into the damaged ligaments.  This is not a procedure your PCP or orthopedic or neurosurgeon can perform. To learn more about the PICL procedure please click on the video below. 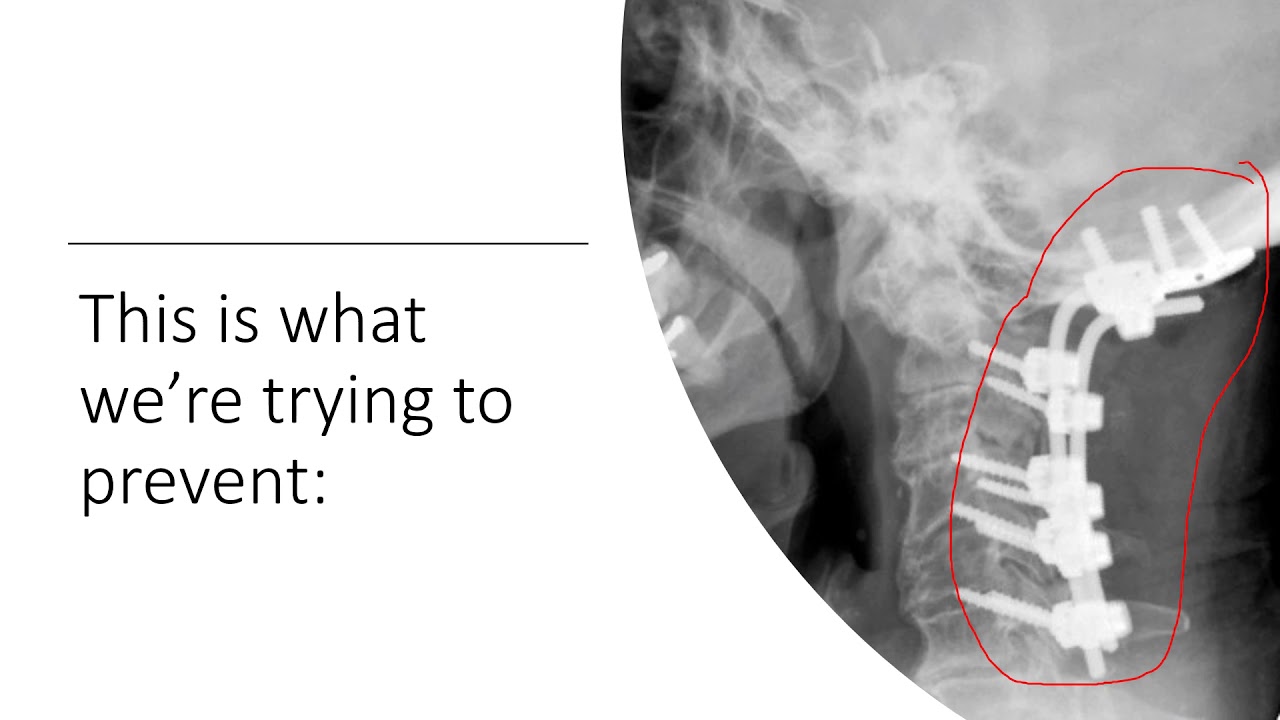 Where Is the PICL Procedure Performed?  Are There Research Studies?

The PICL is an extremely demanding procedure. The challenges include accurate placement of the stem cells into the damaged ligaments, accurate multiple angle x-ray imaging, and a complex anesthetic.    At present, the PICL is only performed at Centeno-Schultz Clinic in Broomfield, Colorado.  This is the HQ for Regenexx.  We have an ongoing randomized controlled trial (RTC) research study currently in process for the PICL procedure.

CJ is an athletic 30-y/o from northern Italy who suffered a traumatic injury to the Alar and transverse ligaments.  CG underwent an in-office dental procedure to fix a front tooth problem.  Unfortunately, the procedure was lengthy and significant force was applied to the affected tooth.  This resulted in CG being unable to move his neck and jaw due to severe spasm and pain.  He was then referred to a local chiropractor for treatment.  Regrettably, the chiropractor performed a high-velocity adjustment that was associated with audible popping and searing sound.  CG had an immediate onset of pain followed by blurred vision, dizziness, headache, and brain fog.  He sought care from multiple doctors throughout Italy with no significant relief.  I conducted a telemedicine consultation with CG during which time we reviewed the medical history, symptoms, imaging, and treatments to date. 1 month later, CG and his father traveled from Italy to the Centeno-Schultz Clinic. They are in the picture above.   He successfully underwent the PICL procedure where his own bone marrow stem cells were injected directly into the Alar, transverse, and other upper cervical ligaments. At three days post-procedure noted a reduction in pain, dizziness, and improvement in neck strength and stability.  It is very early in the treatment phase but we are very excited for CG and his family.  CG and his family are grateful as they now have hope for a brighter future. 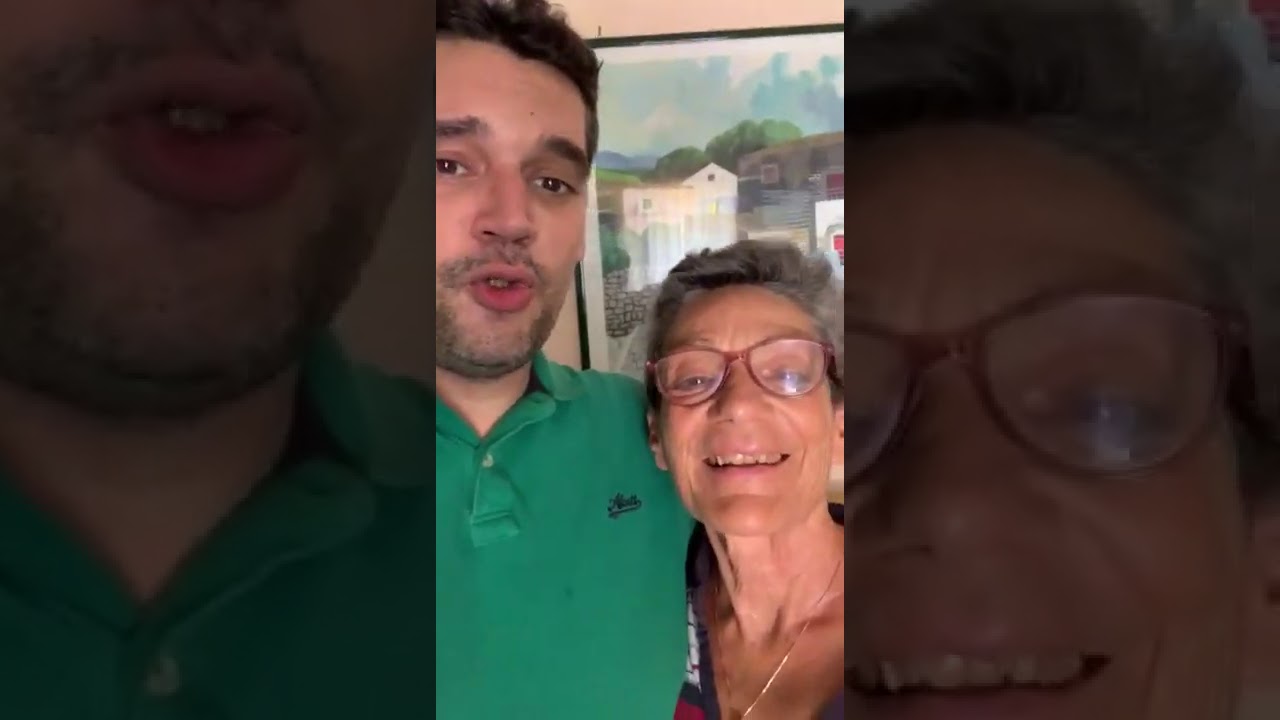 The Alar ligament is a thick band of connective tissue that connects your neck to your head.  It is susceptible to injury and can cause cervical spine instability. Cranial cervical instability (CCI) is a medical condition where the strong ligaments that hold your head to your upper neck are loose or lax.  Trauma and congenital medical conditions are the most common causes of CCI. The most common symptoms are headaches, upper neck pain, dizziness, visual disturbances, and brain fog. Treatment is dependent upon the degree of instability.  Conservative care includes upper cervical chiropractic care, physical therapy, bracing, and curve restoration.  Surgical options vary but include fusion which is a major surgery associated with significant risks and complications.  An effective, non-surgical option for the treatment of CCI is the injection of a patient’s own stem cells into the damaged ligaments.  The procedure is called the PICL and is only available at the Centeno-Schultz Clinic. CG is a patient from Italy who was severely injured from a forceful chiropractic adjustment.  He and his father traveled to our clinic where he underwent the PICL procedure.  We are honored by this opportunity and excited for both CG and his family.  His early clinical results are very encouraging. CG thank you.  We wish you a prompt and successful recovery.

Dr. John R. Schultz is an interventional pain management specialist and is double-boarded in both Anesthesiology and Pain Management. He is a member and prior instructor for the Spine Interventional Society (SIS) and holds state licensure in Utah, Colorado and North Carolina...
VIEW PROFILE