Pelvic Ligaments: The Uncomfortable Truth You Need to Know!

What Are the Pelvic Ligaments?

The pelvis is a boney structure at the base of the lumbar spine. Its role is to transmit the weight and force from the upper body to the lower body.  It is composed of four major bones:   the right and left hip bones, sacrum, and coccyx.  The sacrum is a large wedge-shaped bone at the base of the spine.  The coccyx is your tailbone.  Ligaments are thick bands of connective tissue that connect one bone to another.  They provide important stability.  The pelvis is held together by three principal ligaments (1).

It spans between the tip of the 4 and 5th transverse process of the spine to the waist bone (iliac crest). It functions to restrain movement in the lumbosacral and sacroiliac joints (2)  In doing so, the iliolumbar ligament is a major stabilizer of the low back and  sacroiliac joint (3)

It is a thin triangular ligament that stretches between the sacrum and boney outcropping on the ischium.  It functions to prevent posterior rotation of the ilium.  Stress to this ligament occurs most often when leaning forward or getting out of a chair.

It stretches between the sacrum and the Sitz bone (ischial spine). It functions to prevent rotation of the ilium.  The sacrotuberous ligament also contributes to the strength of the pelvis, prevents rotation of the ilium, and provides an attachment point for buttock and thigh muscles.

How Are Pelvic Ligaments Injured?

The pelvic ligaments are important stabilizers and transfer energy from the upper torso to the lower extremities.   These forces can be significant.  Because of this, the pelvic ligaments can be injured.  Common causes of injury include direct trauma, heavy lifting, childbirth, and gynecologic and urologic surgeries.   Patients may also have connective tissue disorders that affect the overall quality of the ligaments such as EDS.  The ligaments can be stretched, partially torn, and completely torn.

What Are Pelvic Ligaments Injury Symptoms?

The anatomy in the low back and pelvis is complex.  Loose, stretched, or torn pelvic ligaments can give rise to a large number of symptoms. Some can be embarrassing to discuss.  The most common include:

Physical therapy is the initial treatment for ligament injuries.  Treatments may include core and pelvic floor strengthening.  Taping or bracing of the SI joints can be helpful. Ligament stability is poorly understood by most physicians and oftentimes missed.  Ligament stability is critical and is part of the SANS approach utilized at the Centeno-Schultz Clinic.  We have successfully treated pelvic ligaments injures through precise injections of both PRP and stem cells. We have applied our extensive knowledge of anatomy together with years of ultrasound and x-ray injections to perfect the injection techniques.  An iliolumbar ligament injection under x-ray is illustrated in the picture to the right.  The iliolumbar ligament is highlighted and extends from the tip of the 5th lumbar transverse process to the waist bone.

PRP is rich in growth factors that can increase blood flow and accelerate healing.  Stem cells are natural powerhouses of healing.  Ligament healing involves three phases.  Phase one is the inflammatory phase.  In Phase two repair cells are laying down new tissue.  In phase three the disorganized collagen is reorganized into strong fibers. To better understand how ligaments respond to PRP and stem cells please watch the video below. 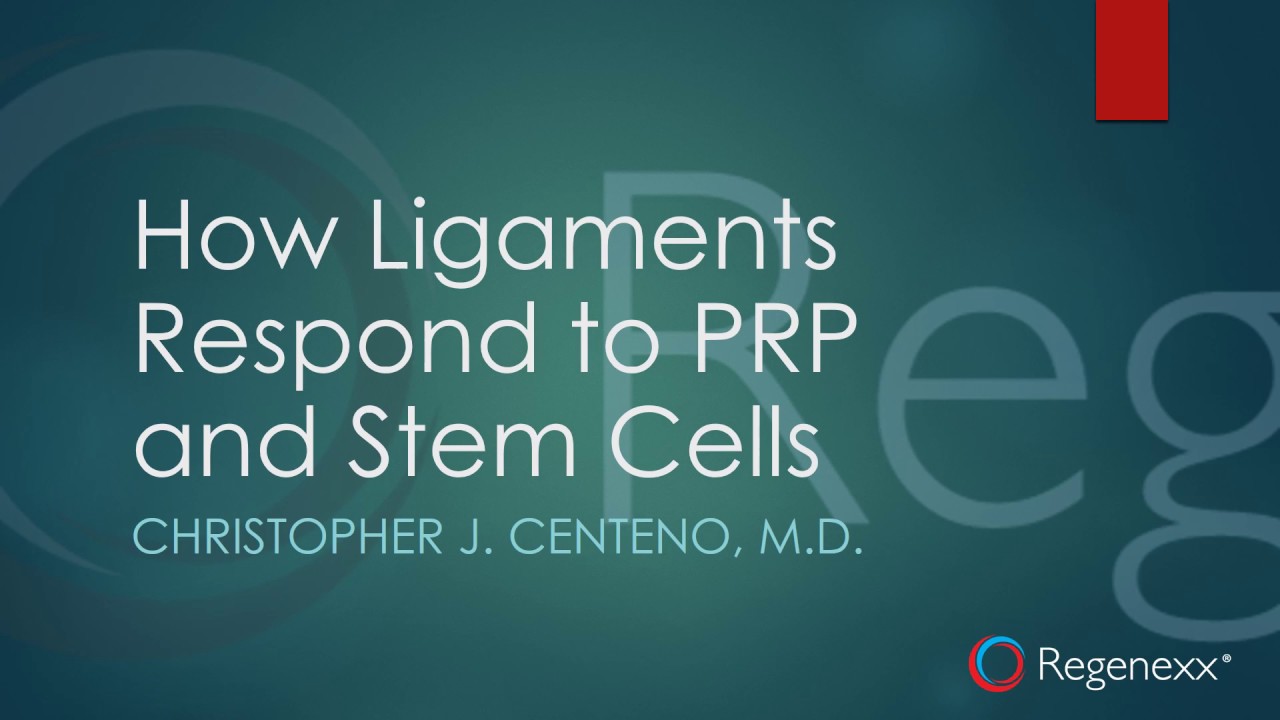 The pelvis is a boney structure at the base of the lumbar spine.  Ligaments connect one bone to another and provide important stability.  The pelvis is held together by three principal ligaments: iliolumbar, sacrotuberous and sacrospinous ligaments. These ligaments are important stabilizers. They also transfer significant energy from the torso to the lower extremities.  As a result, they are susceptible to injury.  Symptoms of pelvic ligament injuries can be significant and include pain in the low back, sacroiliac joint, buttock, vagina, pelvic floor, thigh, and prostate.  Ligament injuries are poorly understood and oftentimes missed.  Worse is when they are dismissed as psychological in nature.  The Centeno-Schultz Clinic are experts in the evaluation and treatment of ligament injuries.  Treatment options include PRP and stem cells were are effective, nonsurgical, and natural treatment options.  If you have ongoing low back, buttock or pelvic pain that can not be explained schedule a telemedicine consultation with a board-certified, fellowship-trained physician.  Act now and regain your passion and joy!

Dr. John R. Schultz is an interventional pain management specialist and is double-boarded in both Anesthesiology and Pain Management. He is a member and prior instructor for the Spine Interventional Society (SIS) and holds state licensure in Utah, Colorado and North Carolina...
VIEW PROFILE
BOOK AN APPOINTMENT

Join 10,000+ others who receive our doctors' posts in your inbox.

Keep up with science and non-science of Interventional Orthobiologics, how our procedures treat orthopedic pain and injuries, and what living a ProActive lifestyle looks like.