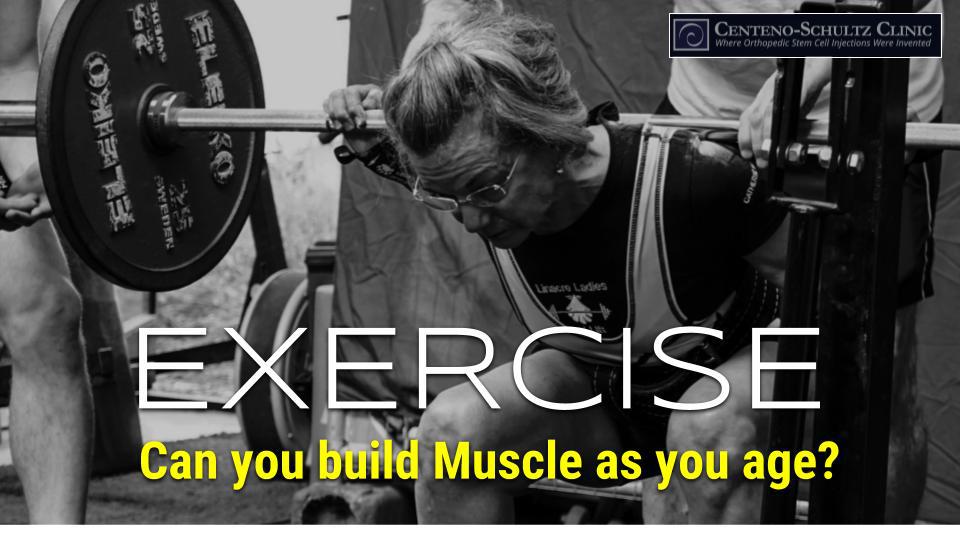 Muscles Benefit From Exercising as You Age

Past studies have shown provided some fascinating results relating to exercise, particularly lifting weights, and muscle cells. One study back in 2012 found that exercising, even just a single bout of exercise, increases stem cell numbers in our muscles. This occurs when the stem cells around blood vessels migrate into the muscle to replace the muscle’s stem cells. Why is this important?

As we strain our muscles, for example, while lifting weights, the stem cells in our muscles release factors that help new muscle cells grow. This keeps our muscles stronger, and this is the case even as we get older. Lack of muscle use as we age causes them to shrink (the medical term is atrophy). This is what gives older people that frail appearance. Using our muscles regularly by exercising is the key to maintaining muscle mass. In other words, as the saying goes, use it or lose it!

Exercise has also been shown to improve the genes inside our muscle cells. In one study, exercise modifies genes making them appear younger; in essence, it turned back the genetic clock. Another study found the in elderly people who lifted weights, genetically, their muscle structure was similar to that of younger people.

Another study looked specifically at the effect of exercise on muscle mass and muscle repair as we age.

As we age, our muscles will start to lose stem cells. In other tissues, stem cells are continuously active, constantly repairing that tissue, and this is how the body stays alive.

One study compared muscle mass and repair in mice. Mice were divided into three groups: old mice trained with exercise, old mice with no exercise, and young mice with no exercise. Old and young mice were injected with minimal amounts of snake venom, and researchers observed changes in the repair of the muscles with aging. After just eight weeks of exercise, the older mice experienced not only were found to have increased muscle mass but faster muscle repair as well when compared to the older mice that did not exercise.

So if you’ve ever needed a reason that you’re never too old to keep pumping iron, increased muscle mass, and repair that staves off that frail-looking appearance so common in aging may be it.  Exercise may not be the actual Fountain of Youth, but it certainly may make us look and feel better and younger as we age and, perhaps, even help us live a few years longer. So hit the gym…your muscles, and everything else will thank you!