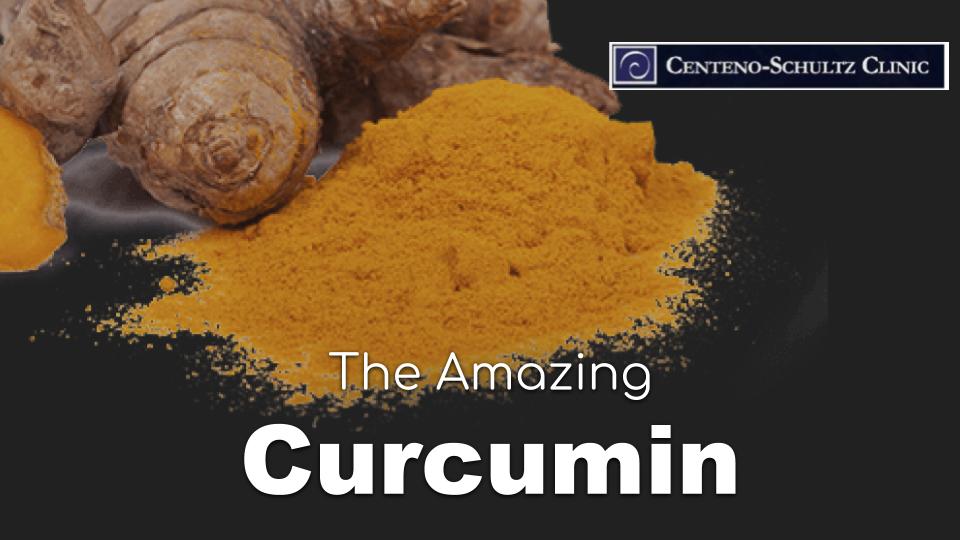 With a great deal of supporting research, curcumin has taken center stage in the world of supplements in the U.S. in the last few years. Why? It seems it provides many benefits throughout the body, but our particular focus in interventional orthopedics is on curcumin for joint health, specifically its impact on the bones, joints, and stem cells.

Before we take a look at these benefits, let’s define curcumin.

Curcumin is extracted from the rhizomes of an Asian root plant native to India known as turmeric.  For thousands of years turmeric has not only been an Indian spice (we’re familiar with its signature scent today in curry dishes), but it’s also been used in dyes (due to its golden mustard color) and as an Asian medicine. It’s been used in Eastern medicines to treat everything from the common cold to stomach issues and even cancer.

Curcumin has also been well-known for its anti-inflammatory and antioxidant properties and used in these medicines for this purpose. With its ability to relieve inflammation, curcumin has become a valued supplement for helping to relieve inflammation in arthritis. And it seems that in the West, we are finally starting to catch up to what our Eastern neighbors have known about the many wonders of curcumin all along.

If you are considering a curcumin supplement, it’s important to note that it cannot be properly absorbed on its own. You must combine it with a pepper extract known as BioPerine. Many curcumin-containing supplements, such as the Regenexx Advanced Stem Cell Support Formula, already have this critical extract, but before you settle on a curcumin supplement, make sure BioPerine is in it.

So now that we know what curcumin is, what’s so great about it?

What’s so Great About Curcumin?

In interventional orthopedics, we recommend curcumin due to its bone, joint, and stem cell support. Let’s take a look at these one by one.

One recent fascinating study used curcumin-coated bone scaffolds and compared them to bone scaffolds without curcumin to determine if curcumin had any effect on the formation of bone. Not only was the bone formation increased on the curcumin scaffolds (29.6% compared to 44.9%), but the curcumin decreased osteoclast (cells that break bone down) and increased osteoblast (cells that form bone) activity. What does this have to do with taking a curcumin supplement. Ultimately, these researchers are seeking natural treatments in lieu of dangerous pharmaceuticals for bone diseases or injuries, and studies like this add to the growing body of evidence supporting curcumin for bone support.

In addition, curcumin’s ability to address oxidative stress (reducing markers by 200–400%) has been shown to alleviate bone density loss. Osteoblast (those bone-forming cells) formation was increased by the curcumin in this study as well.

Curcumin has also been found to reduce inflammatory markers as well as ibuprofen. This is big news for arthritis sufferers who rely on these powerful, yet dangerous, nonsteroidal anti-inflammatory drugs (NSAIDs) to relieve their inflammation. Taking it beyond the inflammatory benefits of curcumin on arthritis, more research, specifically on knee arthritis, consisting of eight large randomized controlled trials found evidence that pain and function, as well, were improved with curcumin.

Curcumin may also stimulate mesenchymal stem cells, which helps with cartilage production. In our lab, we’ve tested curcumin on tendon and cartilage cells and discovered that it reduced inflammation. Curcumin also reverses the chemicals (e.g., the toxic IL-1-beta chemical) that cause the destruction of arthritic joints; this allows the stem cells to get back in there and do their job. When toxic chemicals build up in the joints, which can occur with the stress of aging, arthritis, weight gain, and so on, apoptosis (cell death) can result. Curcumin has been shown to protect these cells and increase the chance of their survival.

Like anything that makes a big impact and upsets the status quo, especially when it threatens the powerful pharmaceutical machine, curcumin is not without its critics. However, many of these are touting research findings made by the pharmaceutical industry’s chemists that when you dig into these studies on curcumin are questionable. For example, one study found that curcumin as a supplement was less absorbable than consuming it in food; however, the researchers neglected to use the vehicle (BioPerine) that is required for proper curcumin absorption.

So when it comes to curcumin, research the research, and if you are looking for bone, joint, or stem cell support, pick up a high-quality supplement that contains both BioPerine and curcumin for joint health.