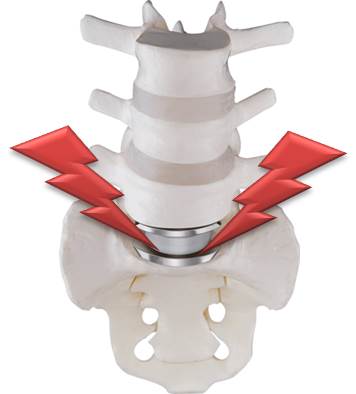 Often plugged as a better alternative to spinal fusion, the idea behind disc replacement surgery is that it relieves pain by replacing a damaged or diseased disc with an artificial one. But is it a good idea?

A spinal fusion fuses two or more discs into a solid unit, stopping movement and putting heavy stress on adjacent segments above and below the fusion. The case argued for disc replacement instead of fusion is that disc replacement allows for motion in the spine and has fewer side effects.

While disc replacement does indeed allow for motion, no artificial device can function exactly like the native part it is replacing, and it appears that artificial discs not only distort normal motion but also come with many additional side effects. More on this in a moment. First, let’s take a look at a disc replacement surgery.

The surgeon first accesses the spinal column (for example, in the cervical spine, the surgeon would access the spine through an incision in the front of the neck). From here the surgery is quite aggressive as the disc is scraped and chiseled out of the disc space. Pins are screwed into the vertebrae above and below the disc space that will anchor the space in place as the surgeon works. A tool is inserted into the disc space and used to further separate the upper and lower vertebrae, enlarging the space. The vertebrae surfaces within the disc space are prepared by, in effect, sanding the surfaces smooth. The artificial disc (made of metal plates and a polyethylene cushion) is then inserted, the pins removed, and the site is then closed.

Contrast this to a fusion where the disc would also be removed, but instead of inserting an artificial disc, the space is packed with fusion material and bone graft, which will fuse the upper and lower vertebrae into one solid piece of bone, stopping movement in that part of the spine.

While disc replacement my seem like a better option than a spinal fusion, disc replacement is also a major and highly invasive surgery that can lead to many side effects, such as wear-and-tear of the artificial device, causing metal ions in the blood. Wear particles have been found to cause inflammatory reactions, and when these reactions are around the spinal nerves, as they would be in this case, it can create pain and other symptoms. We know that wear particles after a disc replacement can create tissue reactions that are just as severe as those following hip or knee replacements, which involve much larger artificial devices.

Ongoing chronic pain, revisions, and even adjacent segment disease, as we’ll discuss below, are some additional problems associated with disc replacement.

What Is Adjacent Segment Disease?

Adjacent segment disease (ASD) is commonly associated with spinal fusion as fusing the spine causes adjacent segments to work harder, overloading these segments, and leading to more damage. Unfortunately, we’ve seen that ASD may be a disc replacement side effect as well. Why? Because while a fusion stops motion in the spine, one study suggests that disc replacement creates abnormal motion in the spine. This abnormal motion can not only put extra stress on the affected area of the spine but also on those areas above and below it.

So is disc replacement a good idea, or at least a better idea than spinal fusion? In both cases, while restoration of the spine is the goal, it appears that the result is surgical damage to accomplish that goal and the risk of many side effects, including ongoing pain and ASD. The risks, in most cases (there are always extreme cases that will be the exception), really do seem to outweigh the benefits when the pros and cons of disc replacement are considered.

Since 2014, we have been treating craniocervical instability with a procedure called the PICL. That procedure uses posterior and image-guided injections into the cervical spine to tighten lax ligaments around C0 – C2, making it one of the most comprehensive, non-surgical Cervical treatments available.

Ready to take your life back from back pain, without surgery and medication?

See if you're a Candidate for Regenexx Back Procedures

Download Your free copy of Dr. Centeno’s groundbreaking work on spinal health and how Interventional Orthopedics can help you avoid life-altering surgery.