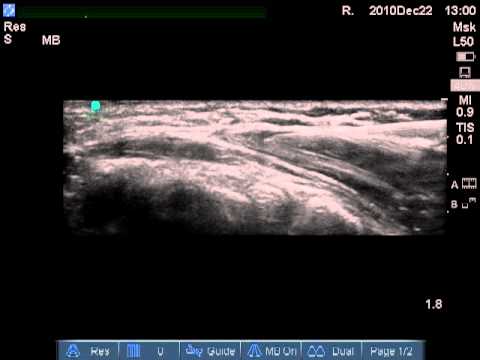 Carpal tunnel syndrome is the most common nerve compression problem of the upper extremity. It happens when the median nerve gets compressed in the wrist, commonly by swollen tendons and repetitive use. In addition, we frequently see it in patients with neck problems, also known as double crush syndrome.

Carpal tunnel syndrome affects about 1 percent of the general population and 5 percent of the working population and surgical treatment for carpal tunnel syndrome is the most frequent surgery of the hand and wrist. However, do all of these patients need surgery? In our clinical experience, a new technique called nerve hydrodissection may be a better answer for some patients.

Rather than an open surgery, this procedure can be performed by a doctor using a needle under careful ultrasound imaging guidance. Small amounts of fluid are injected around the nerve to “free up” the median nerve (which can become scarred and adhere to it’s surrounding tendons). This allows the nerve to glide easier and many times has the same effect as a surgical release. The numbness, tingling, and pain go away. We have also used Regenexx-SCP to perform this procedure, in hopes that the stem cell plasma will also help the nerve repair. And there you have it, nerve hydrodissection.

The video above shows a side section of the ulnar nerve at the elbow. The needle comes off from the right (light colored line moving in and out of the frame) and comes up to the nerve. The dark material is fluid being injected around the nerve. The video below shows an ultrasound cross section of the wrist. The median nerve is the big oval structure in the middle (see a cross section picture of the wrist with labels). The needle can be seen injecting fluid around the nerve (the dark material that seems to grow around the oval). Again, since this is done through a needle without cutting or damaging important ligaments in the wrists, recovery time is much less than surgery.

Patient Case Report: KM is a 36 YOF with arm pain for 2 years who had an EMG/Nerve Conduction Study, brain MRI and cervical MRI, all to figure out why her arm hurt. She also tried extensive physical therapy-which didn’t help. The patient started on a fibromyalgia treatment program and was eventually referred for a diagnostic ultrasound to differentiate between tendon vs nerve dysfunction in the arms. Diagnostic ultrasound showed normal tendons, but swelling of the ulnar nerve proximal to the flexor heads at the the cubital tunnel and slight swelling of the ulnar nerve at the wrist (she felt this area most at work when wrist was resting on her drafting table). She underwent a diagnostic numbing injection of the ulnar nerve under ultrasound guidance with decreased pain at the elbow and wrist. At the same appointment, nerve hydrodissection made more room for her nerve through the cubital tunnel and around the wrist flexor heads by dissecting the tissue from around her nerve (also called hydroneurolysis). She reported 100% relief of her pain. In this case the ulnar nerve at the elbow was treated (not carpal tunnel at the wrist). This patient’s only other option would have been a risky surgery where the ulnar nerve is moved to a different location (ulnar transposition). 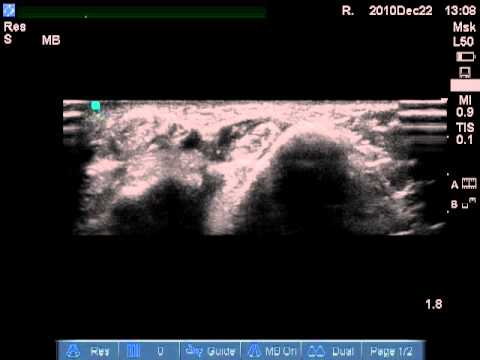 Learn how to get back to your normal with the less invasive option.