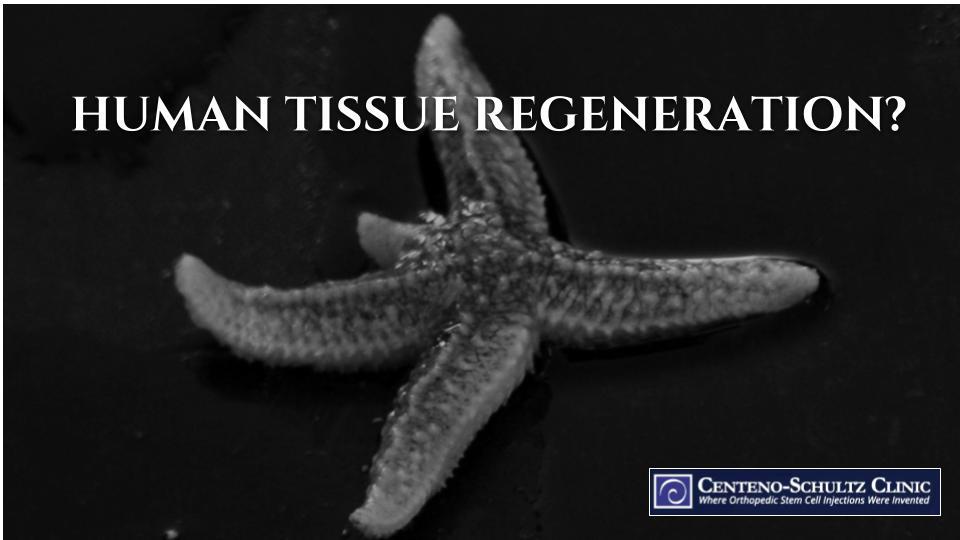 It’s unlikely that anyone (outside of scientists studying the topic) dwells too much on the fact that many nonhuman creatures can regrow significant parts of their bodies. However, when we do take time to think about it, it certainly seems unfair that we humans can’t. Some creatures can regrow entire limbs. Or consider the biology-class favorite—the earthworm; as long as it still has its head-end intact, it can regrow its entire tail-end. Imagine if limbs and other body parts could be regenerated in our combat soldiers or others who experience devastating injuries or limb loss due to certain diseases.

It seems the real-life present maybe be starting to close the gap a bit between the sci-fi future when it comes to the possibility of limb regeneration. In fact, according to one research study, what we now view as science-fiction when it comes to human tissue regeneration may just be science in a few decades.

Literally defined, regeneration is the renewal or regrowth of a body or body part, including cells and tissues, typically after an injury or in some animals as part of their normal body process. For example, in humans, the body is constantly self-repairing. While we can’t regrow large portions of tissue such as an entire limb, the body does create new cells that replace dead cells. These cells can also work to repair small wounds and other tissue injuries. While the human body’s ability to regenerate damaged tissue is impressive (think of a how a skinned knee, for example, eventually heals and is replaced with fresh new skin), it’s extremely low on the totem pole when it comes to some other living organisms’ ability to regenerate body parts.

Deer, for example, can regenerate their antlers. There are some types of lizards that can regrow their entire tails. And what about the sea star? It can regrow a brand-new limb. An amphibian salamander known as the axolotl can also regrow its limbs and tail but, and perhaps even more impressive, it can also regenerate some of its organs (e.g., the heart and brain) and other body parts. In addition to the earthworm mentioned earlier, another worm, the flatworm, is even more fascinating. In fact, it may top the list when it comes to tissue regeneration as if you cut a flatworm into many segments, each segment retains all of the stem cells it needs to regrow its own head and become a new flatworm, essentially creating many flatworms from one flatworm.

Human tissue regeneration in the same way as starfish or lizards doesn’t exist as we can’t naturally regenerate our own limbs or organs, and we sure can’t regrow a new head (or heads), but science is certainly beginning to learn a great deal from other organisms that can, and perhaps it will lead us to more advanced regenerative therapies in the future. Let’s take a look at one recent study.

Zebrafish were the focus of a recent study that investigated the ability of the zebrafish to regenerate its own heart tissue. A newly designed advanced technology called the RegenDbase was used to investigate regeneration in the zebrafish. Genetic pathways were discovered that contained certain noncoding RNA in cells with regenerative capacity. While the discovery of the RNA wasn’t new, previously it was thought that this noncoding RNA had no real function or purpose, yet this new technology allowed researchers to discover its regenerative functionality.

How does this relate to human tissue regeneration? After all, humans aren’t zebrafish. Discovering these genetic pathways that are key players in organ and limb regeneration in other organisms may help advance the field of regenerative medicine in the future and help progress research that will lead to more advanced human regenerative treatments. Here at the end of 2018, we’re just beginning to scratch the surface of what’s possible in regenerative medicine.