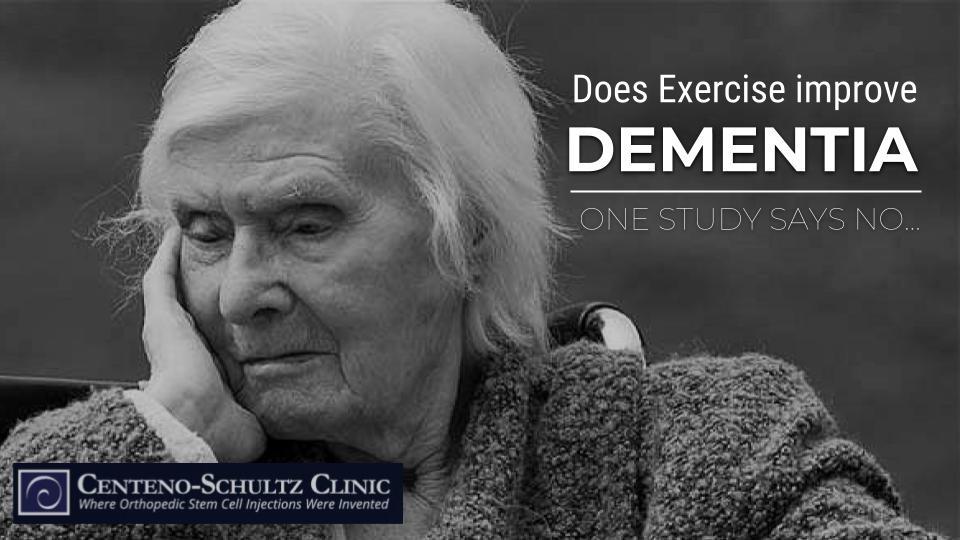 One of the biggest health problems facing our industrialized society as people age is dementia. Many believe it can be warded off or at least delayed by staying active, eating right, limiting alcohol intake, and so on. But what if dementia has already set in? Can any of this help at that point?

For out next two posts, we take a look at exercise and whether or not it has any effect on dementia. We will examine the contradicting results between two separate studies on dementia, one showing exercise doesn’t help and one showing it does. One thing they both agree on, however, is that regardless of whether or not dementia is improved, these patients can still benefit from the positive physical effects of exercise.

Dementia is defined as a progressive neurodegenerative disease. As the disease progresses, brain cells, called neurons, become damaged and die. Though the degenerative process occurs slowly, the disease is irreversible and worsens over time. There are many types of dementia, including Alzheimer’s disease, dementia with Lewy bodies, vascular dementia, and so on.

This is just a snippet of the immeasurable numbers of environmental risks we encounter throughout life. Lowering your environmental risks is obviously a good idea, especially if you already know you carry a genetic risk for dementia. We can also throw exercise in the mix here as we choose to or not to make exercise a part of our lives, and those who proactively exercise will generally be healthier for it as they age. Today, however, we’re looking at a study on exercise in those who already have dementia. Can exercise improve the symptoms of dementia?

The purpose of one recent study was to analyze the effect of exercise on dementia. Five hundred patients with dementia were randomly placed into two groups. The exercise group performed moderate- to high-intensity aerobic and strength-training exercises over a period of four months. The other group did not exercise.

So in conclusion, does exercise improve dementia? At least according to this study, exercise doesn’t seem to improve existing dementia. Be sure to tune in for our next post, however, because the next study we’ll review found quite the opposite. Stay tuned…