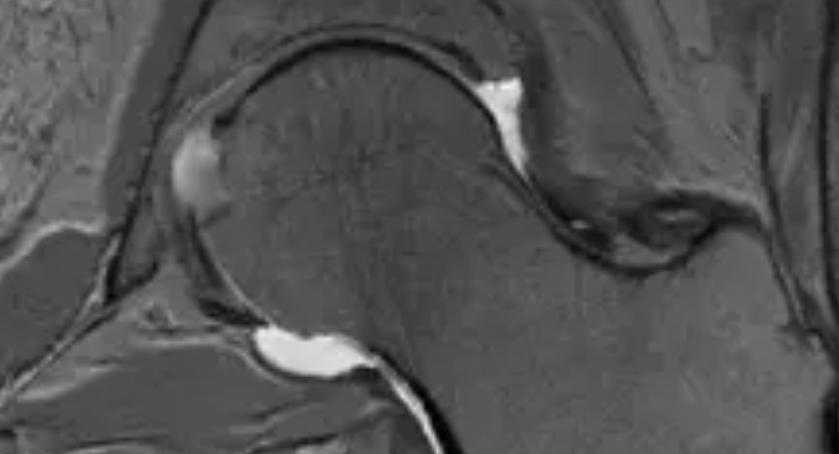 Avascular necrosis of the femoral head is a disease where the blood supply to the hip bone ( femoral head) gets disrupted leading to loss of bone integrity and eventual death (necrosis) of the femoral head. There are 4 stages of AVN characterized by radiographic findings.  Early detection is associated with better outcomes.  Late detection typically results in total hip replacement.  MRI is used to perform staging.

Stage I consists of an asymptomatic hip and slight changes on a bone scan.

In Stage II, the hip is asymptomatic to mildly symptomatic and the shape of the femoral head is preserved. The necrosis appears as an area of increased density.

In Stage III, the patient is symptomatic, the femoral head is flattened  subtly and a crescent sign is present caused by fracture through dead bone.

In Stage IV, there is an increase in pain, flattening  of the femoral head and articular collapse.

Why is this significant?  Gangji demonstrated that when patients with Stage I & II  had areas of necrosis decompressed and injected with specific bone marrow cells, two years later only 10% of the patients had progressed to Stage III .  Hernigou conducted a study with 189 hips which were treated with decompression and injection of autologous bone marrow cells and followed for 5-10years.  In patients who were Stage I & II at the time of therapy, only 6% eventually required hip replacement.  Unfortunately in patients who were Stage III or IV at the time of  therapy, 57% of them went on to receive a hip replacement.

Early detection is essential.  At the Centeno-Schultz Clinic,  a thorough evaluation is the cornerstone of our practice.   Current therapies for AVN include decompression with mononucleated bone marrow cells  alone or in combination with autologous stem cells.