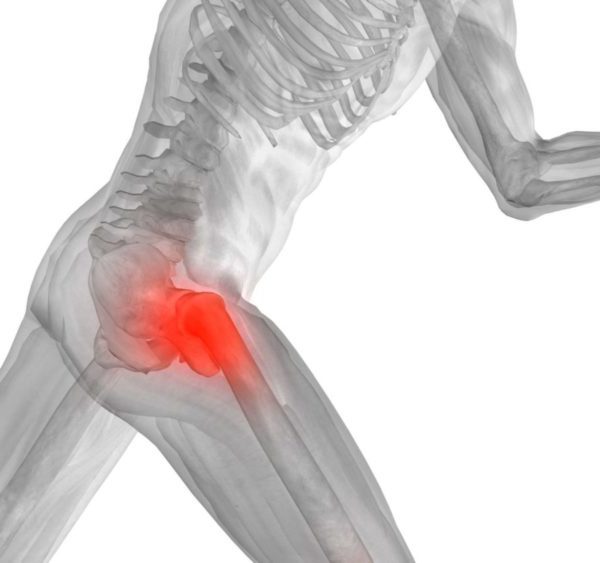 That darn hip pain has finally gotten your attention. Getting out of a chair, walking up stairs and even tying your shoes has become a problematic chore.Your orthopedic surgeon recommends a hip arthroscopy. Does make sense clinically?

What Is Hip Arthroscopy?

Hip arthroscopy is often referred to as a minimally invasive orthopedic procedure used to diagnose and treat injuries in the hip joint. It is typically performed in an outpatient surgery center and requires a general anesthetic. Two or more small incisions are made through the skin whereby a small camera and operating tools are inserted. The camera allows for direct visualization of the hip joint, cartilage, labrum, tendons, and capsule.

In order to advance the camera and tools into the hip joint, additional space within the joint must be created. This is accomplished by placing the patient’s foot in a traction device and physically pulling the leg out of the hip socket. Such procedures have been associated with traction injuries on the lumbar nerves. Ouch!

What Are the Indications for a Hip Arthroscopy?

Over the last 30 years, hip arthroscopy has become increasingly popular with an ever increasing number of indications. Intra-articular indications include the following:

Hip arthroscopy has been associated with injury to the cartilage, labrum, nerves, and arteries with resultant deep vein thrombosis, motor or sensory defect, and infection. In addition, hip arthroscopy can stretch the supporting ligaments compromising the stability of the hip joint.

Are There Additional Risks?

Yes! A new study investigated the occurrence of seven conditions during a two year period following hip arthroscopy in 1,870 patients. Specifically, they were looking for rates of increase compared to presurgery status. All conditions increased significantly after this operation as follows:

At the Centeno-Schultz Clinic, we acknowledge that hip pain can be disabling; however, we also know firsthand that not all hip pain arises from the hip itself. Other causes of hip pain include, but are not limited to, tendinosis of the gluteal muscles or iliotiblai band, and sacroiliac joint or lumbar disc or facet injury with irritation or compression of the exiting nerve root.

Touted as an alternative to open orthopedic surgery, hip arthroscopy is not benign but rather is associated with significant complications. If you have hip pain or restriction in range of motion, schedule a new-patient evaluation at the Centeno-Schultz Clinic, where a board-certified, fellowship-trained physician will perform an extensive history and physical examination and identify your candidacy for stem cell or platelet treatments. Anything less will compromise your outcome and ability to get back to your passions

Hip Resurfacing Has Problems of Its Own