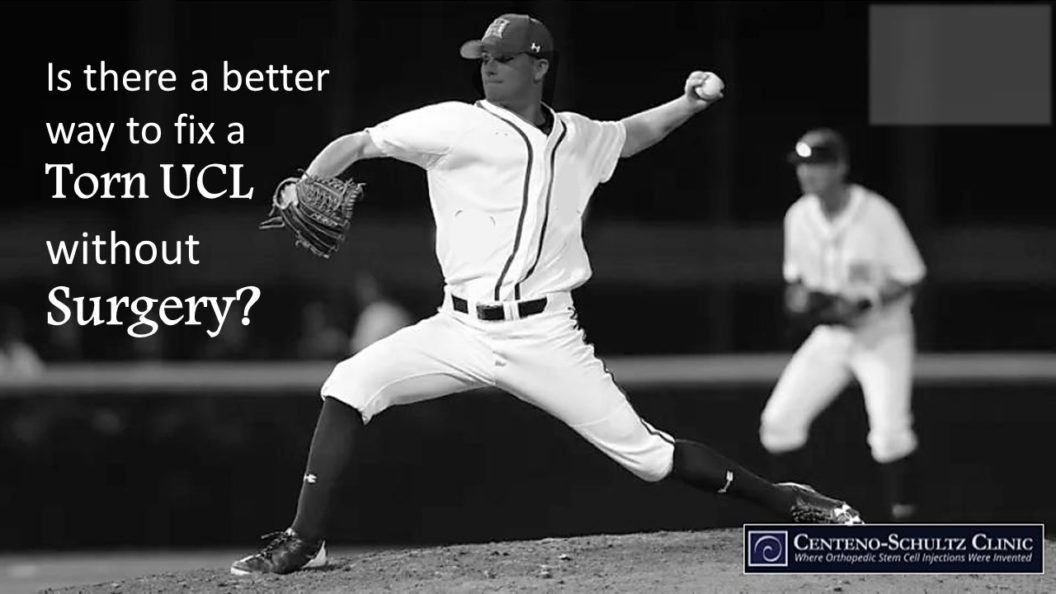 We’re in the home stretch of baseball season in the Major Leagues, so it seems fitting to talk about a common injury that occurs in baseball players, particularly pitchers. The injury is to the ulnar collateral ligament (UCL) in the arm, and the procedure often performed to “repair” it is called Tommy John surgery. Let’s first start by taking a look at this ligament.

What Is the Ulnar Collateral Ligament?

The ulnar collateral ligament (UCL) attaches to both the humerus (upper-arm bone) and the ulna (lower-arm bone) on the inner side of the elbow. It provides stability to the inner part of the elbow joint. In athletes who throw, especially pitchers, known for whipping the baseball in those fast pitches, the UCL is placed under a great deal of pressure. So it is not uncommon for these athletes to experience injuries, including tears, to their UCL. However, a UCL tear or injury isn’t limited to pitchers or baseball players—they can occur in weight lifters and any other athlete or person who puts this area of the elbow under a lot of stress.

Interestingly, one study found that UCL injuries aren’t really caused by the elbow but by the shoulder.  Specifically, poor range of motion in the shoulder. Though, unfortunately, when these UCL injuries occur, most physicians will only focus on the elbow. Why the shoulder? Pitchers and other athletes who throw use their shoulder to wind up and then release energy that is stored there that is carried through the rest of the arm as athlete throws. If the range of motion in the shoulder is lacking, that energy has to come from somewhere else, and the next joint in the kinetic chain is the elbow. Using the elbow as the primary source of energy creates the whipping motion, and performed over and over again, this can injure or cause a UCL tear.

With torn UCLs, doctors like to operate, and this is called Tommy John surgery.

What Is Tommy John Surgery and Does It Work?

During Tommy John surgery, the UCL is reconstructed using a tendon harvested from typically the arm or the leg. The surgery is highly invasive. First the torn tendon is cut out and then holes are drilled into the bones both below and above the elbow. The harvested tendon, such as a hamstrings tendon, is then strung between those holes to take the place of the torn UCL. After this major surgery, weeks or months of recovery time may be required as well as many more rehab. So after all of this, does the surgery at least work? Let’s take a look at some Tommy John research.

One study found that while many pitchers will return to the game following surgery, their performance never fully recovers (e.g. ERA stats decrease, WHIP stats increase, time on the mound decreases). Why? The replaced UCL simply doesn’t have the normal biomechanics of the original ligament. Another study that looked at 17 pitchers, whose grafts hadn’t ruptured and were well maintained following surgery, found that only 53% were back to pitching at their preinjury level 12 months after surgery. This study, which was actually published by Tommy John surgery advocates even had some disturbing findings. Average career longevity was only three years after players returned to the game. And, interestingly, the study attributes 34% of these retirements from baseball not to the elbow but to shoulder problems (see our shoulder discussion above).

So whether or not it works depends on what you consider “works.” You may be back in the game in a year, but it’s unlikely you’ll ever achieve preinjury levels of performance, and it’s highly possible your career will be shortened. It’s also important to note that steroid shots, which many of these athletes will start with, only worsens the problem in the elbow as steroids are toxic to the local stem cells that would otherwise be working to heal the UCL.

If Not Tommy John Surgery for a UCL Tear, then What?

We’ve successfully treated UCL tears using either platelet-rich plasma (PRP) or, if the UCL tear is a larger one, same day stem cells. PRP and stem cell treatments are much different, specifically in the area of what is injected, how it is injected, and where it goes once injected. There are times when PRP simply isn’t the right orthobiologic for the type of UCL tear, and it’s imperative that your physician understands this. The quality of PRP or stem cells and the use of advanced imaging guidance should also be heavily considered. Physicians who perform orthopedic PRP and stem cell procedures are highly trained physician specialists in the field of interventional orthopedics, so make sure you are seeing an interventional orthopedic physician, not an orthopedic surgeon for PRP or stem cell treatment.

If you’ve injured your UCL or sustained a UCL tear and time and conservative treatments have failed to address it, Tommy John surgery is not the only solution. In fact, in most cases it’s a poor solution as it replaces your UCL with a tendon graft that will never function biomechanically exactly like the native ligament. In addition, if the root cause of the problem is a range-of-motion issue in the shoulder, the elbow is doomed to further injury if the shoulder isn’t also addressed. Injections of orthobiologics, such as PRP and stem cells, by your interventional orthopedic physician are nonsurgical solutions that use your own cells to treat, not replace, your UCL.

Learn more about your elbow condition and how Interventional Orthopedics can prevent the need for surgery by reading Orthopedics 2.0.