Above you’ll see a compilation of sunsets from this past two weeks from Seven Mile Beach in Grand Cayman. Today I’m headed back home to our Colorado HQ and wanted to share these images and some interesting things from this trip.

A Patient Restored from the Brink of Disaster

As I’ve blogged, I got to follow up with Rick, a patient with CCJ instability. He was spending two hours a day vertical and the rest in bed when we first began. Now, after several of our new alar/transverse ligament stem cell procedures, he’s now spending almost all day upright with small breaks. He’s also back to work, doing some things around the office.

I also followed up with David, an avid skier and tennis player whose knee was a surgical train wreck, but after several culture-expanded stem cell treatments, he’s back to playing tennis like he hasn’t in years. David’s wife also reported complete resolution of her neck, back, knee, and tennis elbow symptoms after treatments many years ago, until she injured her knees by jumping off a big statute, so she was here for a touch-up therapy.

Tony, our Grand Cayman regular and all-around adventurer, returned to say that his upper and lower back pain are much better since his disc stem cell injections. Many other things we’ve treated in the past are no longer a problem, including a Dupuytren’s contracture! The big issue now is a recently injured shoulder rotator cuff, which we treated. 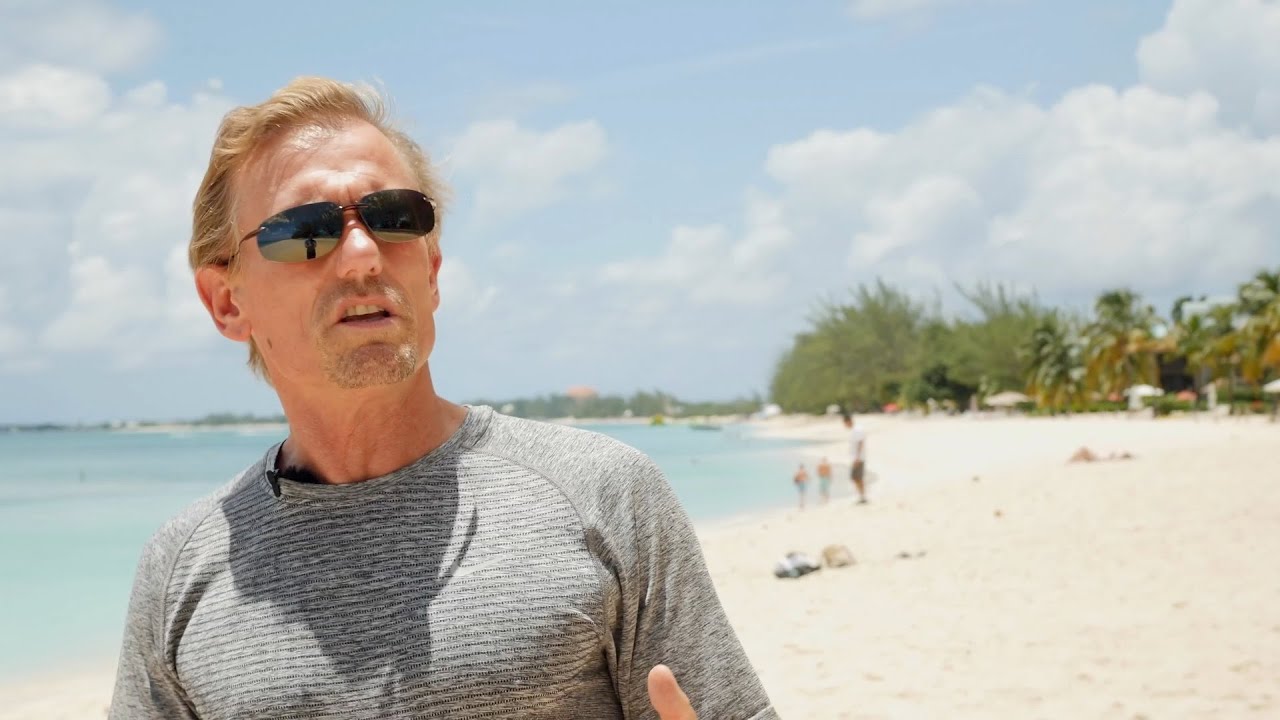 Young Patients Who Were Operated On Way Too Young

I saw several patients who were young athletes who had their knees operated on in their teens and who now in their twenties have knee arthritis and other issues. One has already been treated and has returned to limited running after limping around. A second is just being treated now but has two large holes in her cartilage at age 23. If we can’t help the second patient, she’s headed for a knee replacement in her late 20s or early 30s.

I’ve treated many necks and backs here. I’ve injected discs, facet joints, muscles, ligaments, and around nerves. One of the big advantages of culture-expanded stem cells is that I can spread them around to lots of spots. So I have enough to hit all of these areas in the same patients and still have some leftover to treat other areas, like bad knees, hips, or shoulders.

Are Those Real Sunsets?

Yep, my family and I stay on Seven Mile Beach at the Caribbean Club, and these are from our back porch this past two weeks. One of the coolest things is seeing how each sunset is different from the last. I also wake up early enough to catch the moonset, so I often get a double treat!

The upshot? It’s always great to come down here and use technology that won’t be available in the United States for years. I look forward to coming back in March for Spring Break 2019 and treating more challenging patients!

More pics from Grand Cayman these past two weeks: