The Aging Athlete Series: Episode 3 – The Core Before Everything

This is my weekly “Aging Athlete Series” tip. This series is for people in their 30’s and up who want to stay active as they age. Those who want to be that guy or gal who is in their 70’s or 80’s who are still doing cool active stuff. This is my third episode: The Core Before Everything.

Lots of middle-aged and older people get hurt when they join a gym or cross-fit class. In my experience, this often happens because they’re not working on the core first. The core is made up of those muscles that stabilize and support the spine and trunk. Without a strong core, the extremities have a poor base of support which leads to injuries.

Here’s a simple visual to get a sense of how critical your core muscles are. How does lifting 30 pounds over your head on the shore compare to lifting the same weight while standing in the middle of a small rowboat? You might imagine that doing that while stabilizing yourself and preventing yourself from falling into the water would be tough, even risky. The difference is the intrinsic stability of the shore versus the boat. Your core is the same. Lifting weights or doing cross-fit with a weak core is also a prescription for a similar disaster.

The Core Before All Else 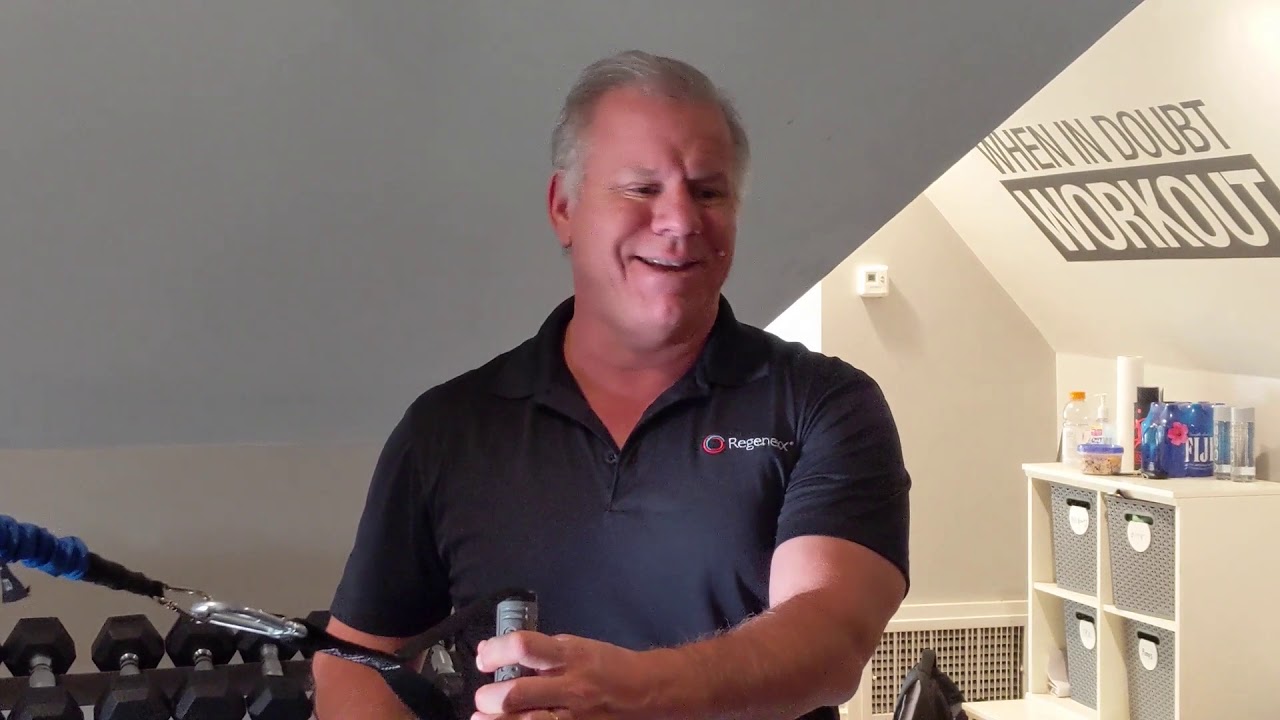 You need to focus on strengthening your core before doing anything. In my video above with Kelly Cole of Cole Bros Fitness, you’ll see me doing trunk rotations and a Palloff press. Both work my trunk rotators. I’m also using Therabands and a shoulder retraction exercise to focus on the core muscles in my upper back. Other core exercises we added that session included Swiss ball sit-ups, a plank with arm movement, and Swiss ball opposite arm/leg lifts. In fact, even some of the weight lifting like chest press and row exercises were single arm with a pulley, to recruit the core while pushing and pulling. So if you added it all up, I did at least one core exercise for every arm or leg exercise.

Until I met Kelly, I always found working with a trainer a two-edged sword. On the one hand, you get pushed, so you get a better workout. On the other hand, I would tend to use that pushing to get myself injured. Meaning the trainer never focused on my core enough to support the weights I wanted to push. That got so bad with one trainer that I came home and found that in order to get off the couch, my neck was so bad that I had to use my hands to hold my teeth to lift my head up so I could get upright to walk upstairs to bed! Meaning all of my neck muscles had just turned off and given up due to the self-abuse.

Hence, when you choose a trainer, you want someone who will do as many core exercises with you as chest, back, arms, or leg workouts. These should be one for one and some of your extremity exercises should be core-focused as well (like a chest press that uses only one arm and a pulley).

Before starting this work with Kelly, my core was so weak that going to the grocery store and having to turn the shopping cart could risk my back getting tweaked. However, now that Kelly and I have my strength back, when I need to do something like that, I instantly feel my rectus/transversus abdominis (abs) and gluts kick in to handle the load.

The upshot? While I can help you with tighter ligaments using orthobiologic injections, the other part of stability is muscular. Meaning, developing a strong core is critical for the aging athlete or any patient.