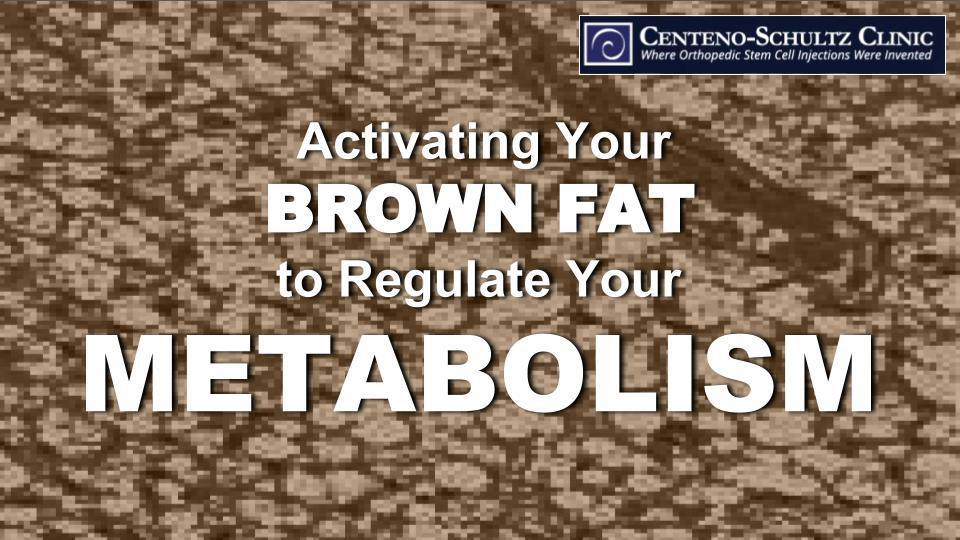 Did you know that the human body contains two different types of fat? One type—brown fat—is actually very beneficial to the body, while the other—white fat—wreaks havoc and is associated with weight gain and disease. Unfortunately, the former is much more difficult to activate, but recent research shows those who exercise may enjoy the benefits of brown fat much more than their nonexercising counterparts. We’ll review the study in a moment, but first, let’s look at the two types of fat more in-depth.

What Is Brown Fat?

Brown fat is located between and helps cushion the organs. It is can secrete hormones with unique properties that may be critical to our overall health. Unfortunately, this type of fat is much more difficult to activate than white fat. Interestingly, one way to activate it is via cold temperatures, which stimulates it to release those beneficial hormones. These hormones influence the burning of calories, and when the body is actively burning calories, this energy response heats us up internally.

Those who live in colder regions, studies have suggested, actually tend to have more active brown fat than people who live in hotter regions. Leaner people, when compared to heavier people, and children, when compared to adults, have also been shown to have more active brown fat activity; this suggests that even in those without a lot of insulating white fat if there is a healthy amount of brown fat, the body can still burn it for energy and warmth.

What Is White Fat?

White fat is that stuff we don’t like that gets stored in our bellies, thighs, bottoms, and other areas. If you suffer from weight gain or obesity, it’s the white fat that’s the problem. This fat is linked to many health conditions and diseases, such as heart disease, metabolic syndrome, diabetes, and so on. So if you are currently experiencing some New Year’s weight loss and your pants are starting to get a bit looser, it’s that white fat that’s burning off.

Lipokine hormones tame inflammation, improve the response of cells to insulin, and enhance the metabolism of lipids, which decreases the risk of metabolic syndrome (i.e., high blood pressure, obesity, hyperlipidemia, and so on). To communicate with organs and balance metabolism, our fat tissue, which stores lipids, uses circulating lipokines (aka “lipid chaperones”). So metabolism is regulated by hormones secreted by our fat.

In cold conditions, we already know that the lipokine hormone 12,13-diHOME released by our brown fat increases in our circulation. Why? It helps keep the body warm. However, a recent study suggests there is something else we can do to stimulate this particular fat to release this lipokine: exercise…

First, the recent study discovered an increase in the circulation of the 12,13-diHOME lipokine during exercise in mice. Brown fat was then removed, and the mice were again exercised. The result? No 12,13-diHOME hormone was found circulating when the fat was removed. Researchers concluded the brown fat was indeed responsible for the release of lipokine.

Calories, however, were burned differently during exercise than they were in the cold temperatures. During exercise (even just one exercise session) fat and other tissues that aid in metabolism actually communicated, triggering the muscles to use the circulating 12,13-diHOME (the “lipid chaperone”) as a source of fuel.

Since most of us don’t live in those regions with regular frigid temperatures to help keep our brown fat active, exercise, which provides many other benefits as well, is the key to keeping our 12,13-diHOME hormone circulating and our metabolism regulated. And the added benefit is while exercise activates our beneficial brown fat, it burns off that undesirable white fat. It’s a win-win.