ACL Surgery Success Rate: What You Need To Know

Ski and snowboarding season is upon us.  Early season conditions mixed with overly enthusiastic fans can result in knee injuries and surgeries, and ACL injuries are one of the most common. What is an ACL?  What is ACL surgery?  Can  ACL reconstruction fail?   Can an ACL tear heal without surgery?  What is the ACL surgery success rate?  Let’s dig in.

What is An ACL?

The anterior cruciate ligament is a key stabilizer of the knee.   The ligament extends from the thigh bone (femur) to the shin bone (tibia) and limits forward and rotational movement of the knee.  Tears in the ACL can occur as a result of trauma, and rapid pivoting and cutting movements.  ACL tears account for 64% of athletic knee injuries in pivoting sports resulting in 120,000- 200,000 ACL reconstructions annually in the United States (1).

What is ACL Surgery?

A surgical procedure that involves cutting out the torn ACL and replacing it with either a cadaveric graft or the patient’s own patellar or hamstring tendon. The graft or ligament is then secured by anchors that are placed in the thigh and shin bones.  The procedure is performed in a hospital or ambulatory surgical suite lasting one to two hours.

What is the ACL surgery success rate?  It varies depending upon what is specifically being evaluated.  First, let’s address the ACL graft itself.  Surgically reconstructed ACLs can retear requiring additional surgery.  The retear rate varies depending upon multiple factors including the study design, length of study and the parameters used.  Retears occur and increase over time.  Consider these results:

Unfortunately retearing the ACL is not the only problem associated with ACL surgery. There are other significant issues that include:

Your ACL has a 45-degree angle as it stretches from the back of the thigh bone to the front of the shin.  The angle is important as it limits forward and rotation movement as illustrated. A surgically reconstructed ACL is placed at a much steeper angle due to technical constraints.  This near-vertical angle is a problem as it is not at the right angle to prevent excessive forward and rotation motion.  To compensate for this shortcoming the surgeon often tightens the graft which then places additional force on the knee and increases the amount of arthritis.

A person’s own native ACL has two bundles that are critical to the stability of the knee.  Surgical reconstruction removes the two native bundles which are then replaced with a single bundle graft.  This single graft can lead to knee instability which in turn can create excessive wear and tear on the cartilage, meniscus, tendons, and ligaments.  What is the ACL surgery success rate for improving knee stability?  Low!

A recent study that followed 164 patients at a mean of 14 years after ACL reconstruction demonstrated a 3 fold increase in osteoarthritis when compared to the opposite healthy knee (8).  What is the ACL surgery success rate for avoiding knee arthritis?  Low.

Can an ACL Tear Heal Without Surgery?

Yes!   In 2012 Costa-Paz demonstrated ACL tears can heal on their own confirmed by MRI (9).  He followed patients with known ACL tears who opted against surgery.  At follow-up, they had healing of their ACL tears confirmed by MRI.  Stem cells can also heal ACL tears.

The Centeno-Schultz Clinic pioneered the use of bone marrow-derived stem cells in the treatment of ACL tears. The procedure which is termed the Perc-ACLR (percutaneous ACL reconstruction) was developed in 2011. Two studies have been published to date in peer-reviewed journals (10) (11).  The 2018 study demonstrated that 77% of patients showed significant improvement in objective integrity in the ACL at 8 months (10). These patients also went back to full sports activity at a very high rate and low re-tear rates.  PRP has also been successfully used in the treatment of partial-thickness ACL tears with good results (12).  The injection is not easy and can not be performed by your family doctor or orthopedic surgeon.  Click below to see my Centeno-Schultz Clinic ACL injection 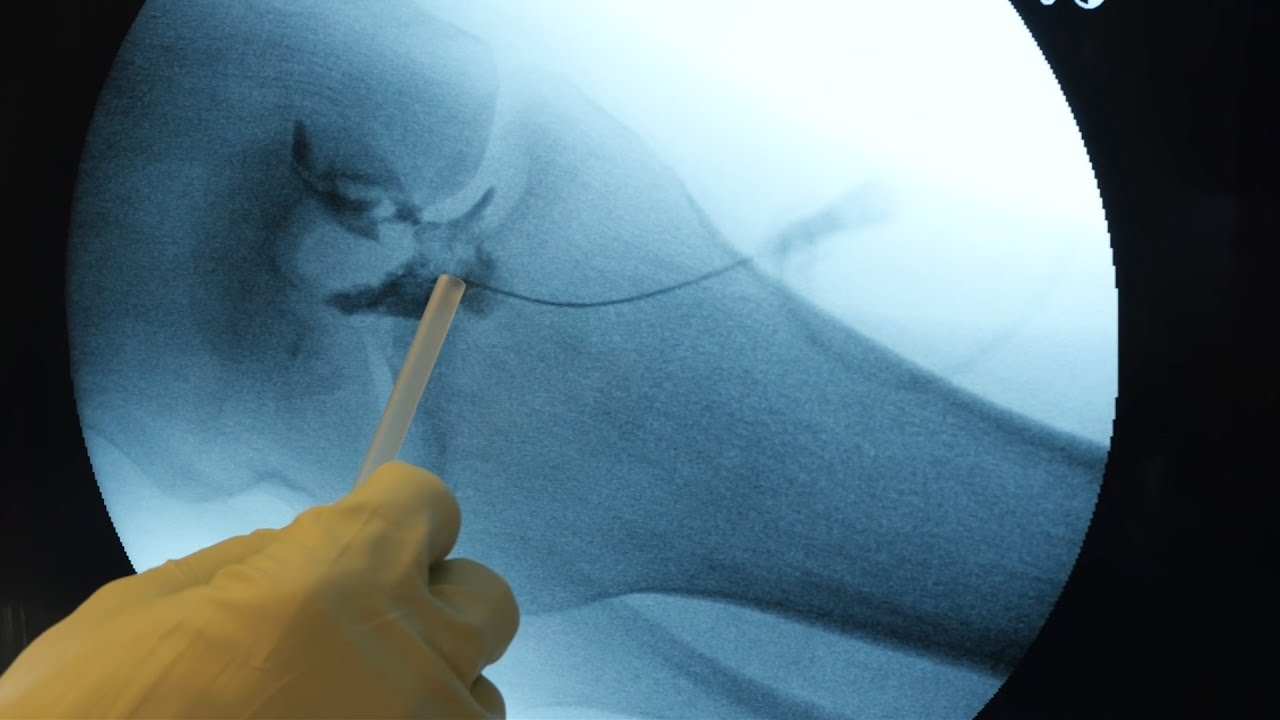 The ACL is a critical ligament in the knee that provides support and is susceptible to injury.  ACL surgery involves the replacement of the torn ACL with a graft or a patient’s tendon.  ACL surgery success rate depends upon the issue being evaluated.  Retear rates increase over time and more common in patients under 25 years of age.  Knee instability,  diminished performance and increase risk of arthritis are common in patients who undergo ACL surgical reconstruction. Stem cell treatment is an effective treatment option without the risk of knee instability, arthritis or diminished performance.

Dr. John R. Schultz is an interventional pain management specialist and is double-boarded in both Anesthesiology and Pain Management. He is a member and prior instructor for the Spine Interventional Society (SIS) and holds state licensure in Utah, Colorado and North Carolina...
VIEW PROFILE